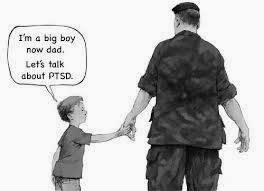 END_OF_DOCUMENT_TOKEN_TO_BE_REPLACED

A Different Kind of Veteran 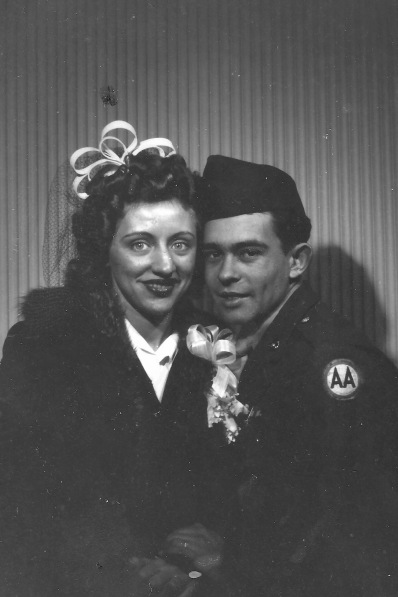 As Veterans Day is approaching, I find myself in deep thought as to who should be Honored on that day. Yes, many of us participated in combat, others stayed home to work a typewriter or do other tasks. We have those that tried everything they could think of to join but were not accepted for medical reasons.Then we have the Rosie the Riveter, or my mother who built torpedoes while my father trudged it out in Africa and Europe.Without those at home to send us encouraging letters, packages and constant prayers, I do not know how we made it.No, my Mother was not a Veteran, but she helped my Father during WWII, Korea and when he was retuning from Vietnam she knew I was on my way  to serve there. Mom was the President of the Officers Wives Club for many years and gave comfort to the young wives whose husbands were under my Father’s command. Is she a Veteran?  NO, but she did more than a clerk in a Headquarters in the States. Are we to say that the Australian Coast Watchers are not Veterans because they were not part of the Australian Army? How about our Civil Defense Forces? Who packed our food and ammunition back home for us and worked long hours to do so? How did those wives who  had not heard from their husbands for months survive not knowing if her husband was a MIA or a KIA or a POW?? END_OF_DOCUMENT_TOKEN_TO_BE_REPLACED

Have you hugged a Service Member today? 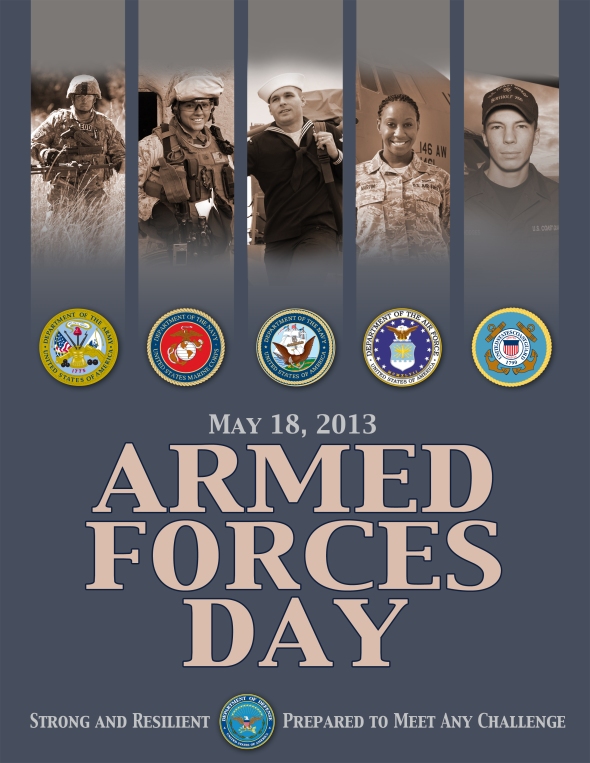 Sometimes, it’s better to be taken by surprise than to have a long time to mull things over.  A perfect example of this is Joining the Army.  It is better for both the enlistee and said enlistee’s parents to have an element of surprise when dealing with something this monumental.

So when my son called me at work in the middle of the day, I was unprepared—and unable to respond appropriately. “Call your father, and tell him,” I said.  “I’m teaching a class.” I had forty new hires to deal with and I had to focus on them—and get through the rest of my day.

By the time I got home, I had plenty to say—and no time to say it.  The recruiter was sitting in my kitchen—“in case I had any questions”.  Even after a couple of calming drinks, I had nothing really to ask.  As a military wife, I have already been (vicariously) through Basic Training, Officers Candidate School, and two armed conflicts; I have experienced (in reality) years of loneliness, household moves, and nights of worry.

Looking at the very young, gung-ho E-5 recruiter sitting at my kitchen table, earnestly telling me how eager he is to deploy to Iraq in the fall, I for the first time in recent memory, could think of nothing to say.

This whole enlistment thing took my husband and me by surprise.  For years, our son had occasionally visited the recruiter’s office, but for the most part, he’d sat around the house, playing Internet games, and working at a major discount store. He was not in great shape, nor was he disciplined.  The only military skill he seemed to possess was that he was an excellent “Halo” player. Besides two years in the Boy Scouts when he was an adolescent, he’d never done anything remotely physical.

The minute he decided to join, the Army took over—he was moved to a hotel the night before taking his ASVAB test, presumably to get him in the right mindset (and I consoled myself, to prevent me from killing him—we’d made all sorts of fabulous plans for the week, and now, due to the enlistment, we had to cancel them all.)

He called from the MEPS (Military Entrance Processing Station) to say he’d done very well on the test, and that he’d been offered a $32,000 signing bonus, and $78,000 for his GI Bill.  He had made up his mind—and by the way, he was leaving for Basic Training in ten days..

My husband, Bill, was the first to react. “We have to get him to pass the PT test,” he announced. So for the next two weekends, we accompanied our son to the gym, where Bill put him through a mock PT test.  It was very straight forward: 17 sit ups and 13 pushups in a minute; a mile in 81/2 minutes. He passed, but barely.  We were slightly encouraged.

I spent the next ten days in shock.  At work, my coworkers rallied around me, bought me cards and flowers, patted my hand.  My collegiate son called to offer his input and to assure me that it was good having one son fighting for his country; the other son (him) reporting on the war as a correspondent and also a dissident. “Both sides of the fence,” he laughed, “Like the Civil War.”

The day before Erik left for Basic, the Army once again put him in a hotel.  My friends at work laughed and said that it was to prevent him from changing his mind; Bill said it was to start the separation mindset.  “Basic is to break down a person and to build him/her up again”, he said. “Uniformity.  Esprit de Corps. Hooah!”

We were allowed to go down to the MEPS to see him get sworn in.  As we sat in the waiting room, we watched all the new inductees wander through.  Finally we saw Erik.  He was wearing a bar coded label on his Tee shirt over his chest. “Hey, how much do you cost per pound?” I joked at him as he walked by. He glared at me and kept moving.

Soon his group was called into the small ceremony room.  Besides Bill and me, there were another set of parents, and a grandfatherly type.  We all had our digital cameras at the ready while the soldier in charge swore them in.  I had a lump in my throat as I watched my son enlist into the US Army…it was deja vu all over again.  I have been here before.

Erik just graduated Basic Training in October.  He’d left for the Army in July, after giving us ten day’s notice that he had enlisted, which threw us for a loop to say the least!

After a few phone calls, a couple of scrawled letters, my husband and parents were finally going to see him graduate.

I could not go because of work obligations.

The military sure has changed since my husband, Bill, joined up.  Our communications had been limited to letters.  Erik was able to call most every Sunday for 2 minutes a pop.  The first time he called, I was so shocked; I had really nothing to say.  The connection was horrid, I could hardly hear him, and when the call ended, I was in tears.  I raged that in the 21st century, why couldn’t the military get some decent phone lines?

In addition to the phone calls from “our soldier”, we also got a couple of letters from the commander of his unit, explaining a bit about the Basic Training course and also assuring us that “our soldier” would get enough food—to include a choice of dessert daily.

We were encouraged to call his company right before graduation to ensure “our soldier” was on track.  He was, according to the drill sergeant who answered the phone.

Bill, who was already on the East Coast and my parents who were coming in from Indiana would represent the family.  I alternated between being sad I wasn’t attending, and being glad that Bill, now a military retiree, could bond solo with his fellow soldier without mama there.

Ft Jackson’s Morale, Welfare, and Recreation (MWR) department has a neat service.  Graduation is on a Friday morning and that Friday night, through the weekend, the graduation is available to view via Internet.

I planned to watch it on my kitchen computer while eating dinner, but for some reason, the link didn’t come live for a couple hours later than expected.  I was absolutely ecstatic, when finally, the hyperlink worked and the whole graduation unfolded before me.  The quality wasn’t the best; they want you to order the high quality CD, but it gave me enough to go on.  The music, the ruffles and flourishes made me tear up, and in a spurt of patriotism, I sprang to my feet and saluted as Erik marched by.

When Bill arrived home, he had a large packet of photos—the official individual portraits and the company photo.  We hung Erik’s company photo over Bill’s Basic Training company photo, and were amazed at the coincidences.  Both Bill and Erik were in Charlie Company; they both were in 4th platoon, and they were both standing in the 4th row.

I guess the two of them are more alike than we thought. Hooah! 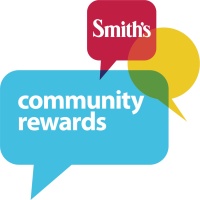